We are OPEN for indoor, patio dining service and TO-GO! 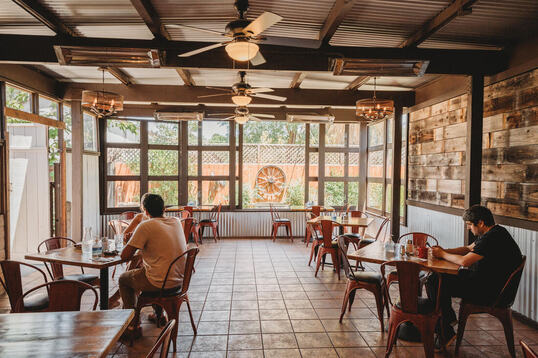 ​The Story of Country Touch Cafe

​Country Touch Cafe was first established in 1985 when Bonnie Peterson first came to Atascadero from Torrence, CA. The restaurant was an immediate success and soon became an Atascadero favorite.  With the opening of Peterson's second restaurant, Touch of Paso, in Paso Robles, the Country Touch was sold to her daughter, Michelle Tucker in 1989.  Tucker grew the restaurant into one the most popular breakfast spots in Atascadero.

After the heartbreaking passing of Michelle Tucker in 2016, her daughter Denise Kilimnik inherited Country Touch Cafe. Kilimnik, being a successful family and marriage therapist, sold the restaurant to her cousin Eric Peterson and his business partner Trevor LaSalle, leaving the cafe in the family for over 30 years and three generations.

Peterson and LaSalle, who also own and operate Guest House Grill and Street Side Ale House, are the current owners as of June 2017. After a brief remodel and some fresh paint, the duo have maintained the delicious, homemade family recipes, friendly tenured staff and all that Atascadero has come to know and love about Country Touch Cafe.  Thank you for joining us, and we hope you enjoy your home cooked meal!